The Palmahim Slide is an area of deep-sea waters that can be found 20-50 km off the coast of Tel-Aviv. The Slide is a bathymetric irregularity creating a distinct geological formation that is 15m wide, starting at depths of -100m and reaching up to -1,200m. Over the last decade, a national and international deep-sea research collaboration led by Dr. Yizhaq Makovsky of the University of Haifa and Israel Oceanographic and Limnological Research have discovered two rare and important habitats – methane seeps and deep-water coral gardens – which had not been seen before in the south-eastern Mediterranean Sea. The site was recently documented as a mass reproduction hotspot for deep sea sharks. This area has been observed to be part of a spawning area for Bluefin tuna which are known to visit the area from May through June (Druon et al. 2016, Elmaliach 2018). Hadas Gann-Perkal, Marine Projects Coordinator, and Dr. Ateret Shabtay, Marine Ecologist with The Society for The Protection of Nature in Israel (SPNI) believe this area needs to be urgently protected. Together with the Israeli Nature and Parks Authority, they submitted a reserve outline in 2021 to the Israel Ministry of Environmental Protection. Since then, the Minister has published on World Ocean Day, June 8th, 2022, a draft proposal for the designation of the area as a marine protected area, something Gann-Perkal and Shabtay hope to see put to action.

International marine conservation non-profit Mission Blue has formally recognized The Palmahim Slide as a Hope Spot with Hadas Gann-Perkal and Dr. Ateret Shabtay as the Champions – the first in the state of Israel.

Dr. Sylvia Earle, Founder of Mission Blue says, “I want to give my strongest support to Champions of the Palmahim Slide in Israel.” She continues, “I hope the policymakers there follow in the Hope Spot’s steps in declaring the Palmahim Slide as a no-take, give-back marine reserve large enough to protect the marine life that is there and allow no destructive activity in the reserve and its vicinity.”

The deep sea is understood to have potential as the largest habitat on Earth, yet only a small portion of it has been explored. Gann-Perkal elaborates, “In the Mediterranean, coastal areas are extremely populated and are facing numerous pressures, however, the deep sea is still relatively untouched – or at least, that’s what we think. While only 4% of Israel’s territorial waters are protected, that number is rising slowly but surely, so why wait to protect our deeper waters as well?”

In two expeditions in 2017 and 2021, their team discovered the critically endangered bamboo coral and brine pool habitats, a breeding site for the Blackmouth catshark (Galeus melastomus), and a sighting of the Angular Roughshark were recorded as well (Makovsky and Rubin-Blum 2021). 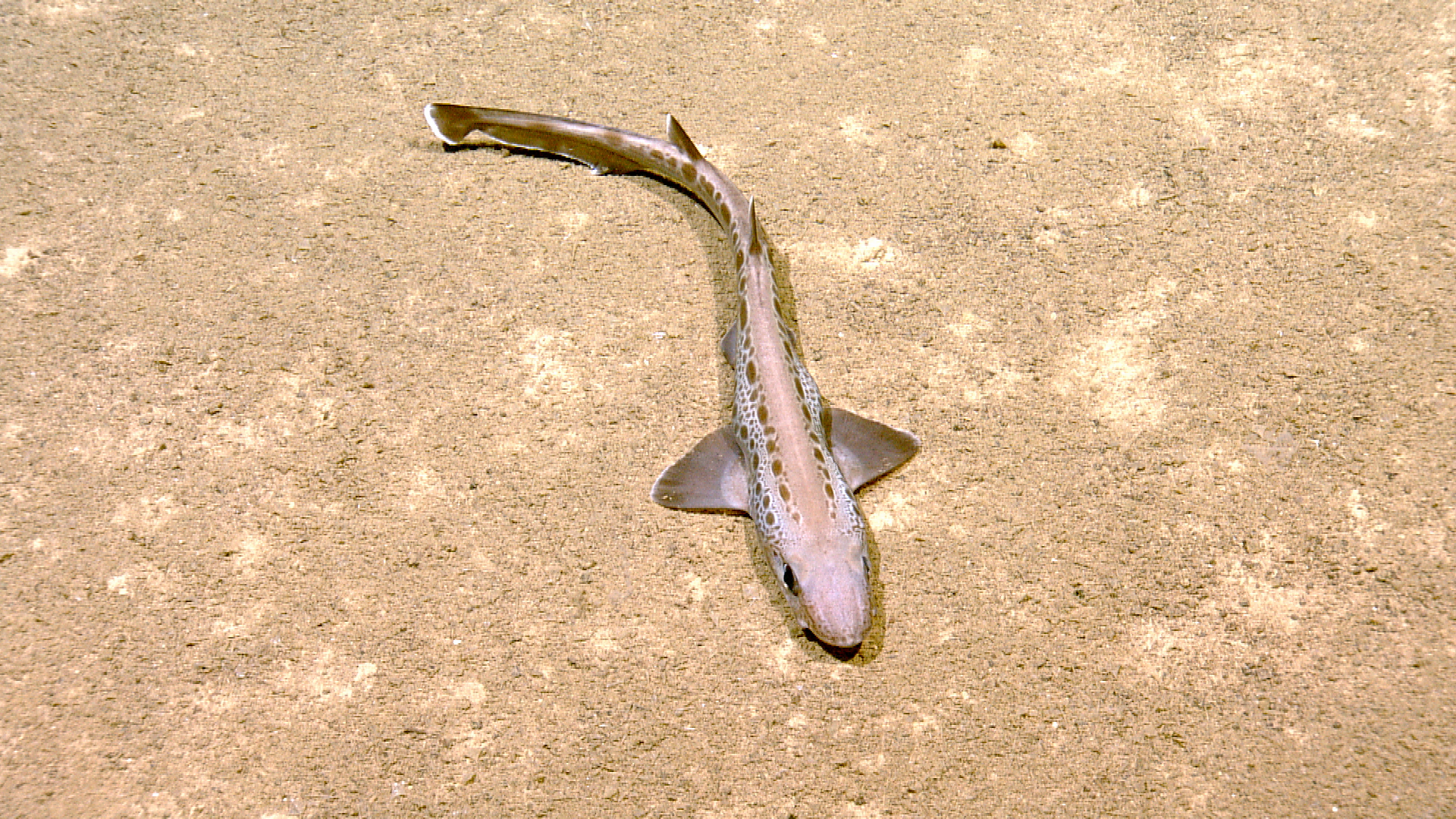 Following the accumulating evidence of the extraordinary nature of the area, the SPNI submitted a proposal in 2021 to declare the area as a Fisheries Restricted Area (FRA) to the General Fisheries Commission for the Mediterranean (GFCM). Later that year, the proposal received the support of the Israeli fishing commissioner and the Israeli Nature and Parks Authority, and was approved by the regional subcommittee and the scientific committee of the GFCM: “The sub-regional committee for the eastern Mediterranean welcomed the completeness of a proposal for an FRA in the Palmahim Disturbance, off the coast of Israel, recognizing the importance of the biodiversity documented as well as the diversity of benthic habitats and species assemblages occurring inside the proposed FRA.”

If the Palmahim Slide is approved as an official marine reserve, it would bring the protected portion of Israel’s EEZ to 2%. Shabtay says, “Once the proposal is approved, we then have a lot of work to do to push for both enforcement and resources to carry it out.”

Unfortunately, part of The Palmahim Slide was allocated in 2019 by the Israeli Ministry of Energy for gas exploration. The SPNI is negotiating with the Ministry of Energy to ensure the sustainability of offshore operations in this sensitive area, and aims to prevent explorations within many miles of the slide. Over the course of the last few decades, oil and gas exploration and production have been expanding in the southeastern Levant Sea. Exploration and production of oil and gas could have a severe effect on fragile habitats such as coral gardens, methane seeps, and brine pools and the biodiversity dependent on them. Physical damage has been recorded from the placement of structure and gear (rigs, cables pipes), and chemical pollution has been detected, originating from activities such as drilling, rock cuttings, and discharge from the wells (Freiwald et al. 2004, Cordes et al. 2016). Noted threats also include bottom trawling and long-line fishing, activities that have proven to cause direct habitat destruction, sediment suspension, and by-catch of the corals in the area (Althaus et al. 2009, Sampaio et al. 2012).

Beyond making The Palmahim Slide an official marine reserve, the Champions’ goal is to ensure continued science-based conservation on-site via continued exploration and research. Gann-Perkal says, “The deep sea is speculated to possess the greatest biodiversity on earth, yet only a small portion of it has been explored. In the Mediterranean, coastal areas are extremely populated and are facing numerous pressures, however the deep-sea is still relatively untouched – or at least, that’s what we think.” She concludes, “The deep sea represents a whole new frontier teeming with the hope that conservation efforts can and will pay off.”