Indigenous science has existed for millennia as cultural practices that ensure sustainable use of the planet’s natural resources. Yet, according to Indigenous scholar Dr. Jessica Hernandez, without diplomas and sterile laboratories, this expertise continues to be sidelined in the Western scientific tradition. At a recent WHOI-sponsored event, she explains this why this needs change if we’re to tackle climate change in an equitable way.

Her recent book, Fresh Banana Leaves: Healing Indigenous Landscapes through Indigenous Science, details not only the long history behind colonial oppression of Indigenous peoples in the Americas and across the globe, but also defines the role Western science continues to play in cultural erasure. On December 7, she distilled these ideas into a discussion with more than 230 Woods Hole attendees both online and in WHOI’s Redfield Auditorium.

“Even though I have a PhD, members of my own Indigenous community know more about the natural world than me,” says Hernandez, who is also a descendant of the Mexico and Central America-based Zapotec-Ch’orti’ people. “But we don’t always make space for Indigenous communities.

In post-colonial North America, Native history is wrought with land grabs, broken treaties, and conquest for precious goods. However, Hernandez says, Western communities seldom discuss how science was and remains the instrument of this aggressive expansion. During the Industrial Revolution, for example, she notes that a fervor for energy independence sparked a discourse that led many scientists to develop what we now know as the discipline of modern energy physics.

Today, the scientific community doesn’t seem to turn to Indigenous experts with the same zeal when looking for solutions to preserve nature or combat climate change. Hernandez says it’s rare to see knowledge from Indigenous elders cited in the footnotes of peer-reviewed journals or international agreements. What’s more, current climate solutions don’t always take ancestral spaces into consideration. In some areas, Native lands are earmarked for renewable energy sources such as the installation wind turbines in traditional fishing grounds, or the clearcutting of sacred forests for solar arrays. Such decisions, she goes on, can be devastating to cultures that are defined by their homelands.

Scientists in the audience say these discussions were cause for serious reflection.

“There are also other ways of doing science and things we can do to make that connection to them,” says Alfredo Lopez Aretxabaleta, an oceanographer with the U.S. Geological Survey. “To me, making this connection means the removal of the hierarchy that decides what is and isn’t science, though there is a long way to go in order to make this happen.”

For WHOI senior biologist Heidi Sosik, who leads the NSF-funded Long-Term Ecological Research site (LTER), Indigenous perspectives are a crucial puzzle piece to tracking changes happening in the US Northeast waters as the climate crisis persists.

“We’ve been thinking a lot about Indigenous science and how it might help us expand our perspective, both through time and thinking more broadly about how we can be better stewards and interact with the ocean in ways that are more sustainable,” says Sosik. “This talk is just part of how I’m trying to educate myself and think about how we can maybe be a bridge between Western and Indigenous science.”

For the institution, the talk was an important step in its recent commitment to augment the voices of Native and Indigenous peoples. The event, which was arranged by Chief Diversity, Equity, and Inclusion Officer Natalie Nevárez, comes on the heels of the historic first meeting between WHOI leadership and officials of the Mashpee-Wampanoag Tribe.

Hernandez, who recalled WHOI’s presence during her work following the Gulf of Mexico’s BP oil spill disaster in 2010, commented on the institution’s progress toward inclusivity.

“I saw Woods Hole Oceanographic as one of those entities that did not necessarily include Indigenous peoples,” says Hernandez. “This [talk] is a stepping stone to see that there is more Indigenous presence here—even having these peoples in the audience.”

More talks, more cited Indigenous voices, and more international seats at the climate table are ways scientific entities can help in the campaign toward Indigenous equity. How WHOI and other eminent science institutions will choose to leverage Native expertise remains to be seen. Hernandez seemed cautiously optimistic.

“We are in that gray area where we’re seeing how Indigenous science, or Traditional Ecological Knowledge (TEK), is finally being acknowledged,” says Hernandez. “But I think this is the time to move from that acknowledgement into action.” 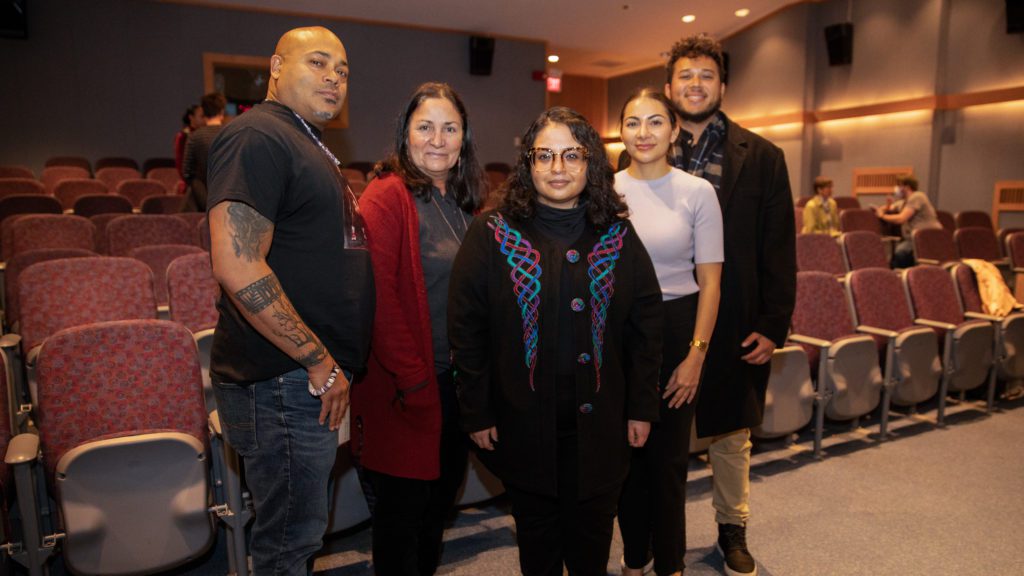 The Woods Hole Oceanographic Institution resides on the ancestral and contemporary lands of the Wampanoag Nation. This territory encompasses a large swath of Massachusetts, including all of Barnstable County, which comprises 15 Cape Cod towns, Martha’s Vineyard and Nantucket, as well as lands extending down into eastern Rhode Island, west to the Blackstone River and North to the Merrimack River.

Why Sponges are Underrated

Why Sponges are Underrated

South Greenland at a Crossroads